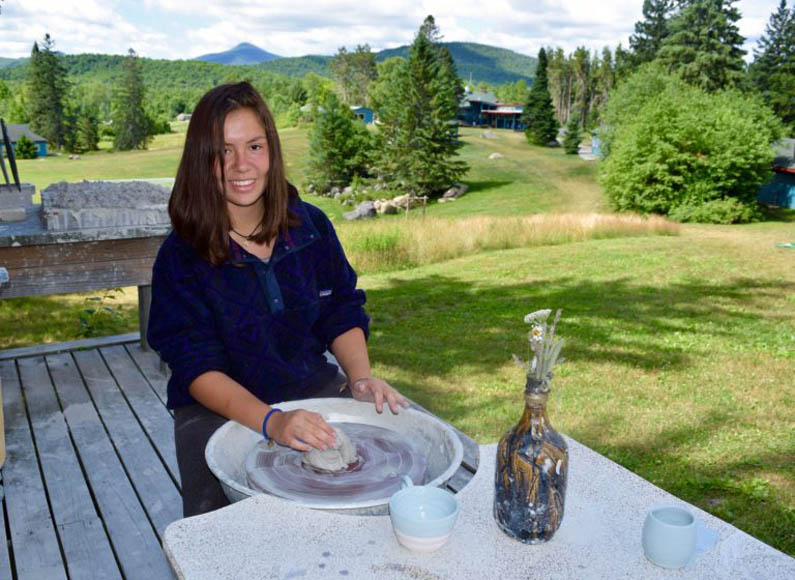 By the third week of Camp, children are humming along to each summer’s day. Living so closely with nature is exhilarating for campers and being immersed in the Adirondack wilderness inspires creativity in many forms. Flights of fancy, whimsical play, artistry and craft are all encouraged.

This creative spirit is celebrated throughout the Treetops program. It was certainly present at the first square dances of the summer. Children embraced the novelty of being outdoors together on a beautiful summer’s night, dancing hand-in-hand to a live string band and caller. For everyone, the event is a chance to celebrate summer through the expressiveness of dance, laughter, and friends. 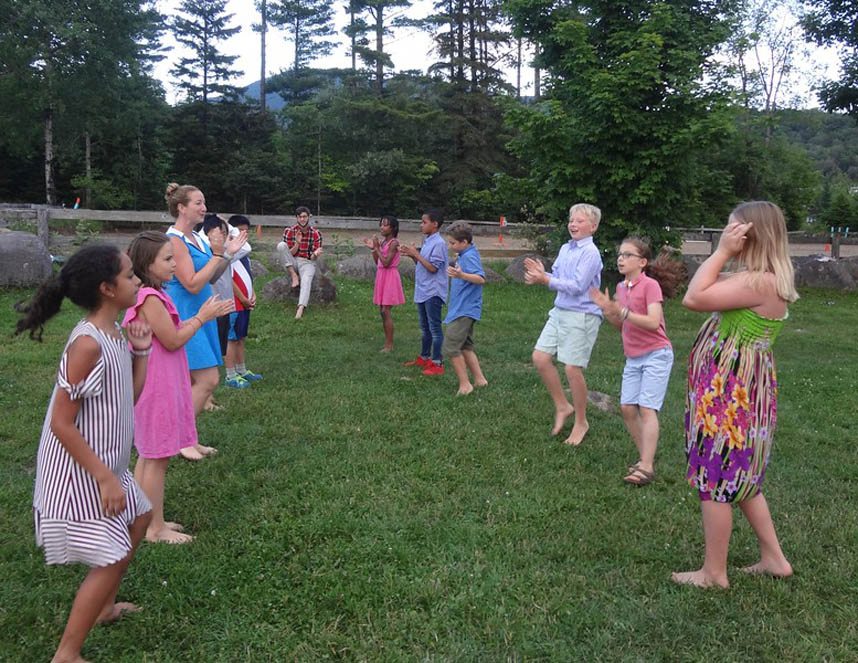 After the Junior Camp water carnival, a watermelon (Crisco-laden from a  greasy game of water polo) was reimagined as “Lemon,” a beloved friend to be put to rest in the compost pile. Campers decorated him with care and ceremoniously honored “Lemon” for his contribution to the water carnival. Upon delivering his eulogy, campers carefully prepared and processed “Lemon” to be composted.

Creativity and forms of expression are woven seamlessly into a Treetops day. Some may be ethereal and explorative while others require more process and planning, but all involve imaginative, hands-on learning. At the lake the other day, a few campers learned how to weave reed baskets, which will be used for harvesting vegetables each morning. Meanwhile, in the boathouse, children were busy affixing white and red cedar strips onto a woodcanoe mold, in preparation for its maiden voyage next weekend. Campers are still discussing names for the canoe, many inspired by those of Adirondack rivers and lakes.

That same day, in the camper kitchen, children chopped rhubarb harvested from the garden to be used for its natural dye. Our farm educator then guided campers through the process of boiling and dyeing the yarn, transforming the wool into wild shades of yellow. Once hung and dried, the yarn will be ready for another camper’s knitting or weaving project.

Nature’s role in our creative activities cannot be understated. For example, at community morning this week, a group of campers helped strip the branches from an enormous spruce tree that had been felled earlier on the lake hill. The tree will soon be transformed into a giant Mancala board constructed by campers and counselors for the Children’s Garden.

The creative process can take place anywhere at camp, but Treetops craft shops are the bedrock of our traditional arts program. In three weeks, campers have had the time to delve deeply into weaving, hand building, throwing and glazing clay, woodworking, and an array of artisan crafts, often utilizing recycled and found materials.

At a time when machines and computers do so much for us, having real mastery of one’s hands is empowering. Unplugged, campers discover not only the simply joys of imagination, but a sense of resourcefulness and self-reliance as well.