By the second week of camp, children at Treetops have settled in. Their sense of time is no longer measured by watches or clocks. Instead, guided by the rhythms of the day, campers have begun to live in the moment. A sense of connectedness to their surroundings inspires children to feel more in tune with themselves. The lake, woodland trails, barnyard, and tentlines imbue campers with a sense of place and belonging.

Sleeping under the stars on their first tent overnights, junior campers shared stories and songs, forming meaningful bonds that will last all summer long and beyond. Supers also embraced their first evening away from Camp. Trekking across our acreage to the Treetops yurt, deep in the woods, they worked together to improve the physical site before hiking up Balanced Rocks to read letters from Supers past. Five years ago, Treetops Supers at the time wrote down anecdotes and bits of wisdom for the campers who would one day follow in their footsteps. This longstanding tradition encourages a sense of connection between generations of Supers while underscoring the value of being a Treetops role model. Many of these past Supers are current counselors today. Our oldest campers, in turn, are empowered to see themselves as stewards of the Camp legacy as well. At summer’s end, they too will have the chance to share their own words of wisdom with a new generation of Supers.

A sense of connectedness was also present this week with the first community mornings of the summer. Both junior and senior campers gathered, respectively, in Dexter Pasture where they worked together to weed, pick rocks, and eradicate beetles from the potato field, ensuring a bountiful crop for fall harvest. What we yield from the field, campers learn, will help feed Camp Treetops and North Country School for months to come. Community chores not only reinforce the idea that “many hands make light work,” but they give children the opportunity to connect with both the land where they live, as well as each other. 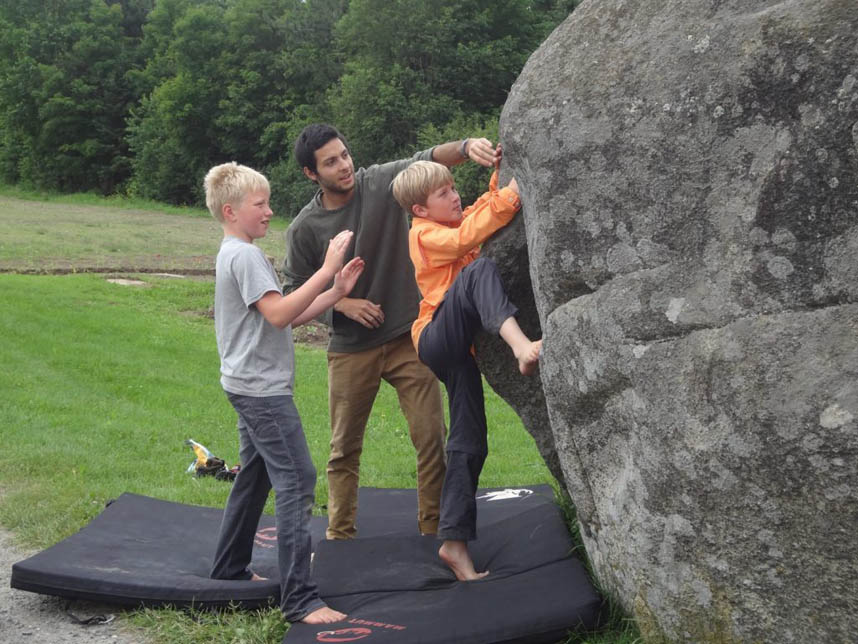 Campers are quickly finding their place here and, for most children, homesickness has become a faint memory. In turn, they are discovering their own unique passions and interests. By week two, children have already explored an impressive range of activities, whether hand-building gnome houses with clay in the potshop, harvesting lavender and rosemary in the children’s garden to season homemade butter, or belaying a friend for the first time at the rock climbing crag.

At Treetops, being “connected” doesn’t imply a direct line to a nebulous, wired world, but rather, being unplugged and engaging in the landscape of the present moment. This sense of connectedness to oneself, to friends, animals, the natural surroundings, and larger community sets the stage for a summer of growth and self-discovery.